"I think I'd just commit suicide" : SEN JOHN MCCAIN ON IF THE DEMOCRATS TAKE THE SENATE 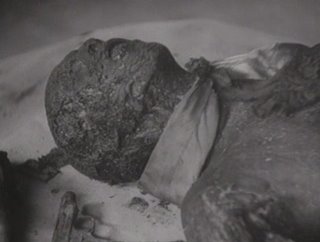 WASHINGTON--You promise Johnny? We don't want to promise what we cannot-deliver--or do we? You've prostrated-yourself to the Bush administration so-many times it seems your North Vietnamese captors broke you long-ago. You've been dead-inside since that time, so why not bite the cyanide-ampule like a good Nazi? You let your boss pass a torture-bill...yes, what was done to you in Hanoi, you pathetic-simp. You are a coward, and a traitor, and history will not look-kindly on you. It would be better not to be remembered at-all, safe in the anonymity of the masses like the rest-of-us. Nobody is gonna want you as President after all the times you kissed the Devil's ass, so why bother?

Why did Bob Dole, when it was obvious he had no-charisma or support? Why did he constantly refer to himself in the third-person? Because he's an asshole with a Napoleon complex like you, that's why. And what is most pathetic is that you either didn't learn the lessons of Vietnam, or you don't want to. John Kerry is equally-pathetic, finally revealing he looks more like the Joker than Katherine Harris. Maybe we're going to find-out things about you all soon, and that it won't be pretty, but I believe we know enough. They named a boat after you, Johnny, just like Reagan and George H.W. Bush--I hope they're all sunk by a $100.00 smoke-grenade or a gold-tipped RPG (no rebuilds). You and your ilk's days are numbered. If we have to fight your goons in the streets with rocks and pipes, we will take you out of the capitol. You seem to want things to be pushed that far, which is queer. So mote it be.
Posted by Matt Janovic at 10/19/2006 10:24:00 AM