BLOGOSPHERE--A recent IGF meeting has voiced concerns about a 'Balkanization' of the internet, breaking into separate-regions. This is already a trend, and will continue, as a majority of users will be Chinese-language. The problem is that most of the infrastructure on the internet is in Latin-characters, rather than Kanji, Cyrillic, Arabic, etc. But I don't think this means we'll all suddenly be cut-off from eachother, I think global-connectivity is here-to-stay for most users who will continue to want it. But there will definitely be some closed-systems, and they will be specialized for paying-users. You'll be able to skirt-around them, because there's too-much money involved in the new routes of commerce.

How this will affect everything else is unknown, as though anyone could predict where any of this is going. It just seems a natural-trend for things to disperse and become more-detailed and specific, especially with science and technology. This is so true of blogs. You have cooking-blogs, music, rants (my area), personal, sexual, rants, politics (the ones the mainstream media fears), health, community, hobbies, charities, neighborhood, basically anything-goes. But there are a few blogs that are pretty high-profile, and Arianna Huffington's is one of the big ones. It must be what watching the birth of the American-press was like in 1714, with the first-issue of New York City's 'Fugger Times.' The blogs are also like the handbills from the period before the American Revolution, only more-effective, and you could say that Americans are experiencing a similar 'ferment of ideas.' This time, virtually everyone can voice their opinion, which is threatening to the authoritarian-minded. 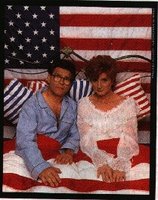 I love the site, and often find story-links to the news before bothering to find it with yahoo or google. Sometimes I find their bylines...rushed? With so much news flowing-in, and so many comments being posted there, it must be a pretty hectic-job for their staff. But, occasionally, I've noticed a trend with posting-comments. I think sometimes Arianna gets overambitious in courting her celebrity-bloggers, and gets overprotective of them. Then, there's the incident with George Clooney, which was just silly and rash. Al Franken occasionally drops-in, even Al Gore. Jimmy Carter. Yawp. I even likes some of Alec Baldwin's writing, he's as mad as I am (not about our divorces)! Now, Harry Shearer is brilliant, and he can easily hold-his-own against some of the slob-comments that get-posted on his blogs, but then there's sometimes-blogger Bill Moyers.
It must have been January of this-year when the illegal NSA-wiretapping story broke. Moyers wrote a piece condemning the actions. This was commendable up-to-a-point, but he got very blustery, sounding more like Cicero lamenting the end of the Republic than someone suggesting legal-actions against it. But the Senate made Caesar, what did they expect? He almost sounds like Thomas Jefferson in his retirement. Why? Because both Bill Moyers and Thomas Jefferson ordered t 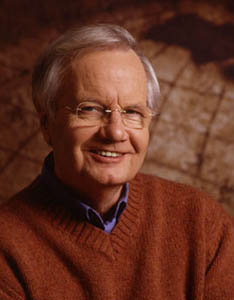 he illegal-surveillance of perceived enemies of the state, and they knew hypocrisy.
Apparently Mr. Moyers still has to live with his guilt against Black Americans. Jefferson spied-on his own specific political-enemies, and Moyers on Dr. Martin Luther King jr. In the early-1990s, I discovered this fact while reading Dr. King's F

BI-file, which is available in book-form. It really shocked me, and since that time, I cannot believe much of what Mr. Moyers says about his commitments to the principles of democracy. He is hardly-alone, I would lump Bob Woodward in too, as well as anyone who ever worked in our State Department. America has never had a just Attorney General, and never will while they are still appointed. I could go on.
Anyway, I was the first to respond to the Moyers' piece on NSA-surveillance of millions of Americans, illegally. I demanded that Mr. Moyers comment on his authorization (on-orders from LBJ in 1967) of illegal-wiretaps on Dr. King. My comment was immediately-pulled, amazing! I kept-posting it again-and-again, and every time Mr. Moyers did a blog--I was there with the same-comments. Hey, I'm not AP, but I have a right to ask. Eventually--to-their-credit--Huffington Post let the comments stand. But, I've noticed they're up-to-it again. Sometimes, I wonder about Arianna's motives, but boy is she a battering-ram against the right. If you can take them down, I'm with you lady, just keep the dialog open and transparent. Otherwise, you're just a poseur, just part of a counterrevolution. I grant that this is all new, and who wants to be critique by some goober in the Midwest? Indeed. ;0) But you have to have some accountability.
Posted by Matt Janovic at 10/12/2006 07:56:00 PM